Our Hall Of Fame Doctors

Dr.Navdeep did his graduation from Shree Laxmi Narayan Ayurvedic College which is one of the oldest college in the country and has already produced great names in the field of Ayurveda. During his studies he was amongst the toppers for all three semesters. He is a distinction holder in DravyaGuna (Ayurvedic pharmacology) from the university. After his graduation, he did post graduation from the International Open University. He is a gold medalist in his Post Graduation. After his graduation, he started working and employ his practical skills to help patients suffering from dreadful and chronic diseases. At the start of his career, he worked with Autistic Children, Children of Down’s syndrome, Cerebral Palsy and other special ability children. This experience propelled him to further study this field for the betterment of his patients and he did MSC in PSYCHOLOGY from the most prestigious University of Madras. Since Yoga and Ayurveda go hand in hand, he also completed a diploma course in Yoga under the guidelines of renowned Yog Guru Om Yogi.
Since last many years he has stood as a symbol of authenticity in Ayurveda for everyone in India and Abroad. He has acquired ample experience for honing his practical skills; to name a few, he worked as Incharge for Rotary Club Central Hospital, Dopai Road, Amritsar. The OPD of his hospital grew to about 100 patients daily during his tenure from 10 patients before joining the hospital. For his excellent services and commitment to work, he has been honoured thrice by Rotary Governor for the Year 2004, 2005,2006 respectively. He also worked as a part time doctor for all India Women conference where he got a chance to work for HIV positive patients and develop new ayurvedic medicines over there.
He worked as a visiting doctor for DAV Public Free Ayurvedic Dispensary developed under the Aegis of Arya Pradeshik Pratinidhi Upsabha. Here, his skills of Naadi Pareekshanam (pulse diagnose) came into play and he became famous among masses for dispensing treatment based on pulse diagnosis and prakriti of an individual. Here he provided ayurvedic treatments to the top creamy layer of the society including IAS officers, Politicians, Heads of various educational Institutes, leading allopathic doctors and the elite group of the society.
He was honored by Honorable Mayor of Amritsar Sh. Shwet Malik at Yaseen Road DAV for his hard work. He was honoured by Baidyanath Ayurvedic Pharmacy, a renowned name in Ayurveda for his excellent work for ayurveda. He has also been honoured by Shree Dhanwantri Ayurvedic Pharmacy who has included him in “Dhanwantri Jewels” which included the top most ayurvedic physicians of the world. He has also to his credit organising an Ayurveda-Tibetean-Yoga camp with the doctors from Men Tsee Khang Institute, Mc Leod Ganj, for which he was honored by Rotary Club International.

He is also on the panel for JOSAN HOLISTIC HOSPITAL AND “Longevity” which are both naturopathy Centers with indoor facility.

Our Organisation has as a full time ayurvedic gynecologist Dr.Monika Sharma, who is the pioneers of modern ayurvedic Gynecology here in India. It was due to her sincere research and hard work during which she also remained attached with allopathic gynecologists and continued with her studies for effective ayurvedic remedies for curing various gynecological disorders that she has evolved into an Ayurvedic Gynecologist.
After acquiring her degree, she realized that there is practically no research work that is going in the field of ayurvedic gynecology and most of the ayurvedic doctors are prescribing the patients with the allopathic hormonal supplements and antibiotics in all sorts of gynecological disorders. She started her career as a Medical Officer for Aggarwal Nursing Home, Amritsar a renowned name in the field of Allopathic gynecology. After mastering the skills of modern gynecology techniques, she started her practice at Bhai Lalo ji mission hospital,Amritsar where she worked for 2 years as the gynecology incharge. She used both ayurvedic medications and allopathic medicines in synergism over here and developed various ayurvedic combinations for varied ailments.
She then worked as a gynecologist for All India Women Conference where she gave pure ayurvedic treatments to various patients including PCOD (POLY CYSTIC OVARIAN DISEASE), Endometrosis, PID (Pelvic Inflammatory disease), Habitual Abortion, Non rupture of Egg, Improper formation of Egg, etc.
She became increasingly popular as “Ayurvedic gynecologist”. It was during this time period that she got enlightened by the spiritual Gurumat siddhants of “Radha Soami”. After this she joined as the consultant for Shree Ram Ashram in the morning and our Center in the evening. To keep up with the influx of infertility patients and her popularity at our Center, she had to leave the job at Shree Ram Ashram and since then, she is working as a resident Ayurvedic Infertility specialist at our Center.
She is also giving her services as a visiting consultant for various Centers including DAV Cantonment, Rama Krishna Vivekananda Center. She has so far organized more than 50 seminars on Ayurvedic Gynecology in different parts of India.
At present, she is the president for the Ayurvedic Gynecological Association, India. Along with the above resident doctors the institute has on it’s panel various doctors who visit the Center daily.

AYURVEDIC SKIN AND BEAUTY SPECIALIST
The institution has Dr. Eesha Arora as it’s skin and Beauty specialist. Dr. Eesha has been working in the field of skin, beauty and fitness since last 10 years. She tours different parts of India on behalf of “Nirogam” for organizing skin camps.
She has worked at various leading institutes of the city after her graduation and has continuously been researching in the field of skin treatments in ayurveda. Her medicinal formulas are most sorted out by the youngsters for improving her beauty.

PG CLINICAL NUTRITION AND DIETITICS
The Center has as it’s dietitian Dt. Richa Khosla who is the University topper in PG clinical Nutrition and Dietitics. She holds Gold Medal in field of Nutrition & Dietetics. Dt.Richa was honoured by the Governor of Punjab at Chandigarh for standing first in India.
Dt.Richa has got excellent academic record and during her studies in Post Graduation diploma in Clinical Nutrition and dietetics Dt. Richa, continued the tradition of standing first and leading as a topper in every field . She holds distinction in P.G Diploma in Clinical nutrition and dietetics Our institute has the pride of having her as our Diet Consultant.

B.D.S. MIDA
M.D.S
The Organisation has the pride of having Dr.Romit Arora as the visiting dentist for the institute.

M.D.(Dravyaguna)
Dr.Kamal Aggarwal who is one of the most respected Ayurvedic Gurus here in India is the visiting herbal specialist of the institute. Dr.Kamal is the Head of Ayurvedic Pharmacology department in Shree Lakshmi Naryain Ayurvedic College. 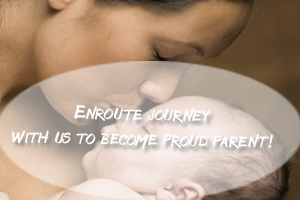 Give your review on our social media

Message has been sent! x